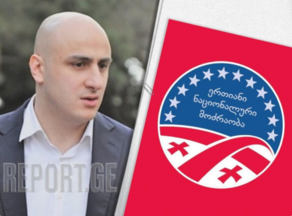 "The assembly that is being held in the Parliament is empty of legitimacy. I am leaving the parliamentary mandate and going to fight on the part of the most important referendum," Nika Melia, the chairperson of the National Movement, stated about it at a special briefing. He said each vote in the election would be crucial.

"Yesterday, Georgian Dream left the Western space and recognized Russia as its main partner. It has become even clearer what we are dealing with and what kind of elections the Georgian nation is facing. The Georgian Dream should be defeated on October 2. It is their Dream for the Georgian people to give up and help in changing the foreign course," Nika Melia said.

He said the existing Parliament would be dissolved after the referendum, although before that, other members of his party would remain in Parliament to "bring a separate technical issue to an end" in the legislature.

"In two months, the Georgian people will win the referendum, and this regime will relinquish power," Melia said.