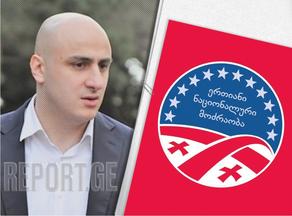 Nika Melia has been formally approved as the chairperson of the United National Movement political party.

The party gathering, headed by Zaal Udumashvili, was held today.

In his speech, Nika Melia said that the National Movement is the only political party that created a precedent and transferred the power peacefully via elections.

“Thus, for the good of the country, UNM can both attack and retreat. It is the will of the people,’’ he said.