Nika Melia ready to cooperate with everybody, says oppositionist 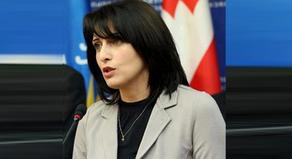 UNM head Nika Melia stands prepared to cooperate with everybody, not to let the Georgian Dream party win 43% of votes. Republican party leader Tamar Kordzaia said this in her statement after visiting the UNM head in prison.

''Nika Melia wants opposition parties to coordinate smoothly; otherwise, he does not think it stands the chance of winning 58% of votes at the self-government elections,'' Ms. Kordzaia declared, adding that Nika Melia's stance on amnesty remains unchanged.