Opposition has nothing to say regarding elections, says GD chairman 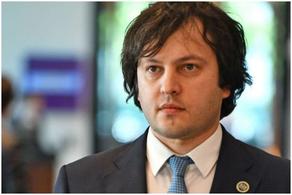 Georgian Dream Chairman Irakli Kobakhidze has responded to the opinion by the Election Commission, saying that the opposition parties had nothing to say regarding elections, which is why they refused to attend today's meeting.

''They have nothing to say. They are even unable to pose questions, with the main reason for this being the fact that no rigging has taken place; the opinion by the temporary investigation commission has once again proved this,'' he said, adding that the commission was formed after the completion of the 19 April agreement, but the opposition still refused to involve itself in it.