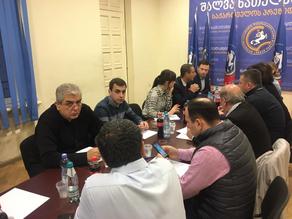 A special interparty commission of the United Opposition named the top five on the so-called blacklist at the meeting in the Labor Party office.

According to the opposition, the list will be given to Western partners to impose sanctions that include both financial and movement restrictions.

The second list of affected people will be created and then published on January 8.