Opposition rallies over at the government agencies 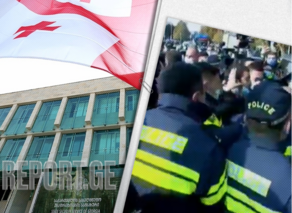 The protests organized by the "United National Movement" and their activists are over.

There was noise at government agencies from 11:00. The opposition held protest rallies in front of the Ministry of Justice, State Security Service, and the Ministry of Health. The protesters demanded a meeting with the heads of the mentioned agencies and for Mikheil Saakashvili to be taken to the civil clinic.

According to the Ministry of Internal Affairs, 46 people were detained during the rallies.

As the head of the patrol police Vazha Siradze told journalists, they are accused of administrative violations, disobedience to the lawful request of the police, insulting the police, and petty hooliganism