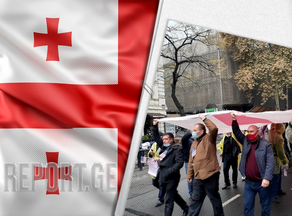 The opposition will take to the street during a peaceful protest and march called "For Freedom" starting at 1 p.m. today.

Opposition leaders and their adherents will start the march at the Philharmonic Hall and head to the parliament.

At 3 p.m., protesters will gather outside the parliament, where opposition leaders will make their speeches and provide people with details about their action plan.

Rally participants demand that UNM head Nika Melia and the Mtavari Arkhi (Main Channel) shareholder Giorgi Rurua be released from police custody and snap elections be held in the country.