Oppositionist: Giorgi Gakharia will not be our rival 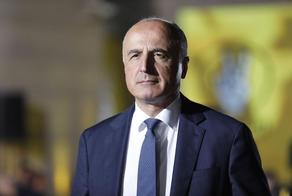 Badri Japaridze, a Lelo for Georgia party leader, said that former PM Giorgi Gakharia would not compete with them after a journalist's question whether Gakharia would form the third political center earlier than they.

''We are now talking concerning the creation of the third political center, which will not actually be the third _ it will have the potential to become a leader. Mr. Gakharia will not be our rival; he is focused on the Georgian Dream voters, and he is more a Georgian Dream's headache than ours,'' he declared.