Our protests are too powerful for them to handle: Zaal Udumashvili

Our protests are too powerful for them to handle: Zaal Udumashvili 9 November, 2020  00:17 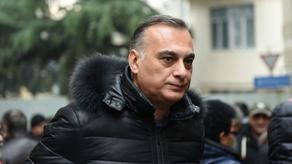 "We heard the government's response to our requirement which people on Rustaveli avenue have voiced with chants and behind which hundreds of thousands of Georgian citizens stand. Those people whose elections have been stolen are here. We will adequately respond to their move to steal our right to vote. They will have to make concessions. Our protests are too powerful for them to handle," Udumashvili declared.

Riot police have used water cannons to disperse protesters during a rally outside the CEC building.