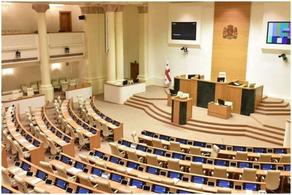 Today the Georgian Parliament will discuss and vote for constitutional changes after the first hearing.

The changes agreed between the Georgian Dream and opposition parties on March 8, 2020, consider that the next elections to be held in the mixed system. Georgian citizens will elect 120 deputies in the proportional system and 30 deputies in the majoritarian system.

The project contains a so-called 40% of the locking mechanism. In particular, the party which gets less than 40,54% of votes will not be eligible to compile the government independently.

Approval of the changes requires 113 votes. The intersessional meeting is held today at noon.