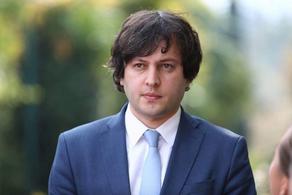 He says the opposition plays a "different" game, deviated from Western values.

Georgian Dream signed the document created under the aegis of Charles Michel. Party leaders - Irakli Kobakhidze and Archil Talakvadze confirmed that they accept the offered issues and are ready to continue working with opposition parties in the Parliament.

Read the document offered by Charles Michel’s envoy Christian Danielsson to the parties.