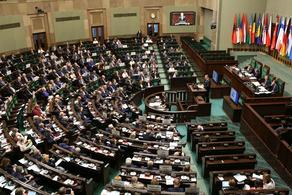 The 65th plenary session of the NATO Parliamentary Assembly opened in London.According to the agenda the resolutions and ordinances prepared by the Assembly will be confirmed during the next three days.

Georgia appears in several issues prepared for the committee review.The resolution of Gerry Connolly, the representative of the US delegation, says that the Alliance has to continue its support to Ukraine and Georgia.

“The members of 2008 Alliance agreed that Georgia becomes a NATO member country.Georgia has developed practical mechanisms, such as NATO-Georgia Commission meetings, Annual National Program, and the Substantial NATO-Georgia package.By carrying essential role in ISAF Mission in Afghanistan and by the NATO-Georgia joint effort in Black Sea Security strengthening Georgia makes a remarkable contribution to Euro-Atlantic security. The Alliance has to continue its support to Georgia membership process.” – reads the Resolution submitted for review by the Political Committee.

The representatives of other countries also made comments regarding Georgia.

“Georgia is the center of Europe.It is obvious that it aspires to join NATO and European Union.I see that it does everything to achieve the goal.” – stated Philip Michelle Klesbourm, the representative of French delegation.

“Parts of Georgia and Ukraine are occupied by Russia.The sovereignty and integrity of these countries are breached. This problem must be solved by NATO – through its strengthening.” – he said.

The member of the German Parliament, Alex Hallam, said that it was difficult to talk on concrete dates, though “Georgia has to continue its Euro-Atlantic development”.