PM Gharibashvili: I am obliged to tackle challenges this country faces

PM Gharibashvili: I am obliged to tackle challenges this country faces 23 November, 2021  22:39 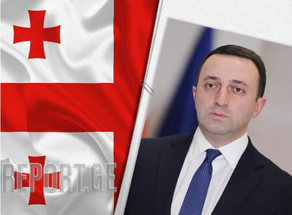 ''My main concern today is to do a job that should be done in the country. Our people face lots of problems today such as unemployment, poverty, and others,'' Georgian PM Irakli Gharibashvili declared.

In Gharibashvili's words, he needs to exert all-out efforts to deliver on the pre-election promises.

''I need to make my contribution to reducing unemployment by creating jobs and developing economy. This must be a major concern,'' He said, adding that prisoners or political rivals are not his main focus. ''I, as a prime minister, am everyone's prime minister and am obliged to tackle the challenges this country faces,'' he concluded.