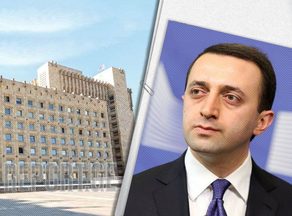 In Georgian Prime Minister Irakli Gharibashvili's words, he stands ready to hold the meeting with the opposition today.

"I want to respond to Charles Michel's brilliant initiative on a potential meeting between the opposition leaders and me. I want to show my readiness publicly to attend and participate in this meeting. On behalf of my team also, I want to express readiness for de-escalation and holding an authentic and constructive dialogue. I am grateful to the president for this initiative," Gharibashvili stated.

At the press conference with Irakli Gharibashvili, Michel said that he wants the meeting between the ruling party and the opposition to be convened today.

"I am inviting everyone to meet in the evening today; the time has come when, from facilitation, we should advance to the new level of mediation," Michel declared.