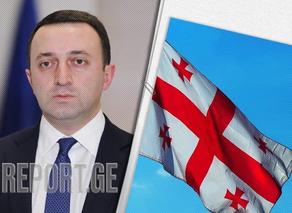 Georgian Prime Minister Irakli Gharibashvili has responded to his meeting with Kuwait's Sabah Al-Khalid Al-Sabah in his tweet, saying that Georgia is ready to strengthen its ties with Kuwait.

''Great to meet with PM Sabah Al-Khalid Al-Sabah and have meaningful discussions on how to proceed with deepening our partnership at all institutional levels. We stand ready to expand our ties in all areas including trade and economy,'' Gharibashvili tweeted.