PM: I will leave for Batumi today 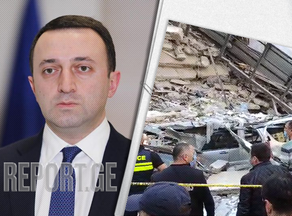 The Prime Minister of Georgia Irakli Gharibashvili has released a statement regarding the incident in Batumi.

The head of the government says that he will leave for Batumi today and get acquainted with the situation.

"In connection with the incident in Batumi, all relevant services have been mobilized on the spot, units of the Ministry of Internal Affairs, as well as local government and City Hall services. Rescue operations are underway to remove the injured from the rubble as soon as possible. The state will provide appropriate assistance to all the injured. The Ministry of Internal Affairs has already launched an investigation to determine the causes of the incident. The Minister of Internal Affairs has already left for Batumi, and I will personally leave today and get acquainted with the situation on the ground," Irakli Gharibashvili said.