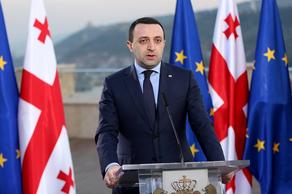 Georgian PM Irakli Gharibashvili has responded to the recent assault on the Formula TV journalist Vako Sanaia and his spouse by posting a statement on his official Facebook page.

"I strictly condemn all forms of violence against any citizen and, particularly, representatives of different media outlets. I thank the MIA for its rapid response to the incident after which the assailants were detained. I assure you that the government will take adequate measures and hold the offenders accountable," Gharibashvili wrote.

Intoxicated citizens have recently assaulted journalist Sanaia and his wife. Three offenders were detained shortly after the crime was committed.