PM: the safe Black Sea is the guarantee of the safe Euro-Atlantic area 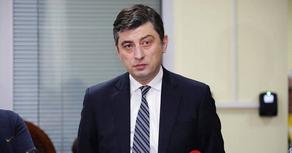 “Strong relationship with NATO is the basis of Georgian foreign policy and its security,” declared PM Giorgi Gakharia in Batumi in his welcome speech at the opening ceremony of the NATO-Georgia Commission session.

“This has been the fifth visit of the Atlantic Council to Georgia, with it being a clear testimony to NATO’s support of Georgia, for which we express our gratitude on behalf of Georgia. I also do want to thank each and every member of NATO for your support of Georgia’s territorial integrity and independence within its internationally recognized borders, and most importantly, for your support of the development of our democratic institutions. Strong relationship with NATO is the basis of Georgian foreign policy and its security. The visit paid to Batumi is symbolic since within NATO-Georgia cooperation, a new aspect has recently emerged which concerns security of the Black sea. We all do understand that the safe Black Sea is the guarantee of the safe Euro-Atlantic area, and against this background when Russia secured its positions in the Black sea following the annexation of Crimea, NATO’s representation in the Black Sea is of critical significance,” announced Mr. the Georgian Prime-Minister.

The representatives of The North Atlantic Council are in Georgia now within the framework of their visit.