PM: These are anti-state, illegal and destructive actions 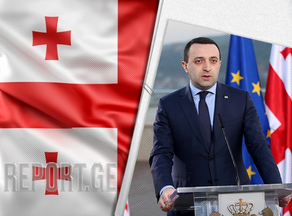 "These are anti-state, illegal, and destructive actions that do not serve the interests of the dialogue we started yesterday, nor the interests of our people and country," Prime Minister Irakli Gharibashvili assessed the protest rally in front of the Parliament.

"I want to make it clear to the public so that our meeting yesterday is not misinterpreted. This constructive meeting was initiated by Mr. Charles Michel, which I immediately agreed with, as I believe that constructive dialogue has no alternative. I wanted the opposition to have a similar attitude," he said.

According to the head of the government, unfortunately, in just 12 hours, inconsistent, destructive action appeared on the part of the opposition in the form of an attempt to picket the Parliament, which is against the state's interests and the people.

"It only serves the interests of specific entities or hostile countries acting against our country, against our people," the Prime Minister said.