PM: We will calm the country down and then start taking care of the population 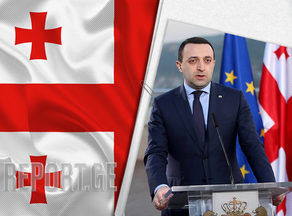 According to the Prime Minister of Georgia, Irakli Gharibashvili, voting for the "National Movement" today is shameful.

"We have serious plans for the development of the regions in the coming months and everything will be very good. We will calm the country down; after that, we will start taking care of the population and solving their real problems," Irakli Gharibashvili told journalists in Khobi.