Politician Burjanadze: Dialogue must get started and keep going

Politician Burjanadze: Dialogue must get started and keep going 18 December, 2021  00:48 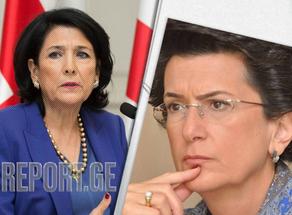 Politician Nino Burjanadze has responded to Salome Zurabishvili's initiative of launching a dialogue, saying that some aspects of the president's speech would not have pleased the ruling party.

According to Burjanadze, a dialogue is critical, but she feels skeptical about it.

''Yesterday, I emphasized that my appearance at the presidential administration was a political gesture, deliberate and well-thought-out despite me being very skeptical of the idea.

However, as we were given the possibility of speaking out, I considered it reasonable to go there and show my position. Yes, we all must speak. Yes, the dialogue must get started and keep going. Perhaps, we will succeed in moving beyond this stalemate,'' Nino Burjanadze declared.