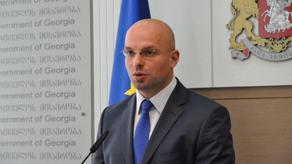 After the Parliament appointed current Prosecutor General Shalva Tadumadze to the post of the Supreme Court judge, the position of prosecutor-general has become vacant.

Tadumadze has been supported by 89 MPs, with one MP only being against him taking the post.

The Parliament elected Tadumadze as Prosecutor General on 16 July 2018. He replaced Irakli Shotadze, who resigned on 31 May, when a high-profile murder was perpetrated on Khorava street.