President of the European Council to visit Georgia 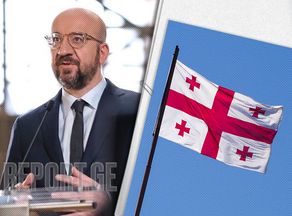 President of the European Council is Charles Michel, will hold visits from February 28, including March 03, in Eastern Europe.

“President Michel will travel to Moldova, Georgia and Ukraine from Sunday February 28 to Wednesday March 03.

In Chisinau, President Michel will meet with President Maia Sandu before flying to Georgia where he will meet President Salome Zourabichvili, Prime Minister Irakli Gharibashvili and Archil Talakvadze, the Chairperson of the Parliament of Georgia. He will also visit the administrative boundary line and meet representatives of the opposition.

In Ukraine, he will join President Zelenskyy in visiting eastern Ukraine before discussing EU-Ukraine relations in Kyiv and meeting with representatives of institutions fighting corruption.

In addition to bilateral relations and our common fight against Covid-19, the future of the Eastern Partnership will also feature high on the agenda of the visit,” the European Council reports.