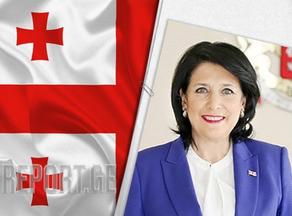 Georgian President Salome Zurabishvili will pay a working visit to Brussels on Jan 20, according to the Administration of the President of Georgia.

Salome Zurabishvili will meet with the high representatives of the EU and NATO.

Meetings with other top officials have also been planned.