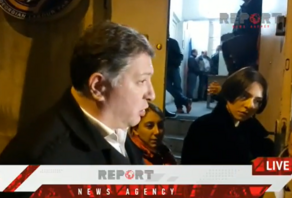 The united opposition meeting at the Labour party office has ended. After the meeting, Gigi Ugulava, a member of the Labour Party Movement, said that the decision on continuing protests had been made. As per Ugulava, they also plan to picket the parliament. Ugulava added that Bidzina Ivanishvili would pay the price for appointing a biased judge.

The parliament is voting for the Supreme Court judge candidates. The voting was first planned for Dec 11 but was later rescheduled for Dec 12.