Putin on so called armed forces of occupied Abkhazia 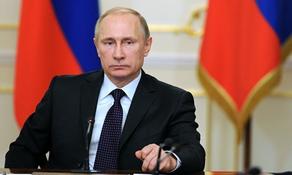 President of Russia Vladimir Putin has ordered to sign financing agreement to modernize so called armed forces of occupied Abkhazia.

The document is posted on the official website of Legal Information.

Putin also instructs the Russian Defense Ministry to hold talks with the occupation forces, which should be held with the involvement of the country's Ministry of Foreign Affairs.

It was reported earlier that Russian Defense Minister Sergey Shoygu had talked to Abkhazia so called Minister of Defense Merab Kishmaria. It was noted that Russia will provide military-technical reinforcement and modernization of the occupied forces.