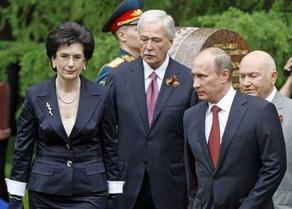 Whether or not Burjanadze will meet with the President of Russia is not specified but according to the press service there is the possibility.

Nino Burjanadze arrived in Moscow to discuss Georgian-Russian relations, as well as Vazha Gaprindashvili's case. The visit was planned a month and a half ago and the United Opposition is aware of it. Burjanadze left for Moscow with her son, Anzor Bitsadze.