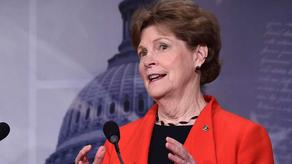 Shaheen said she visited Georgia, where she saw the administrative borderline separating Georgia from Russian-occupied Georgian land. In her words, here, Russians are trying to intimidate Georgians by constantly relocating the borderline and creating obstacles for Georgian citizens when they attempt to cross it, hampering them from accessing vital services.

The senator says that Russians also prevent EU monitoring missions from performing their duties and are involved in disinformation campaigns aiming to undermine democracy in Georgia.