Russia given deadline to pay compensation for the deportees 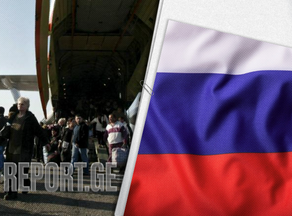 The Committee of Ministers of the Council of Europe, overseeing the enforcement of judgments of the European Court of Human Rights, evaluated the so-called deportee's case and made a decision at the session on June 7-9, 2021. The Ministry of Justice informed report.ge.

According to the decision, the committee set a deadline for Russia - September 6, 2021 - in order to pay compensation directly to the Georgian authorities (for distribution to the victims) or for Russia to sign a memorandum to allow compensation to be paid through the Council of Europe.

At the sittings of March and June 2021, Russia's position was no longer to refuse payment and instead expressed readiness to transfer compensation to the victims to the account of the Council of Europe and sign a memorandum with the Council of Europe for this purpose. The Government of Georgia has been actively working to enforce the European Court of Human Rights decision. The Committee of Ministers reiterated that the deadline for payment of compensation expired on April 30, 2019, and expressed deep concern that the Russian authorities have not yet fulfilled their obligation to pay.

The Committee of Ministers will resume consideration of the deportees' case at its next session in September 2021. The Grand Chamber of the Strasbourg Court made the decision on the so-called deportee's case on January 31, 2019.

According to the decision, Russia is obliged to provide the Georgian state, moral compensation of 10 million Euros. It should be transferred to the victims of mass deportations from the Russian Federation in the fall of 2006 and gross human rights violations.