Russia to publish blacklist in response to U.S. sanctions 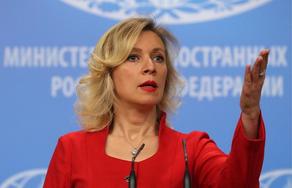 "Given how they (the U.S.) are acting, including the fact that they published all lists at once, I think that we will cheer them up soon. Work is underway. Don't think that nothing is being done if we aren't talking about it," she said.

Earlier on Tuesday, the U.S. announced sanctions on senior Russian government officials and Russian entities in response to what U.S. officials said was Moscow's attempt to kill opposition politician Alexei Navalny with a nerve agent.