Saakashvili: I had better stay here until I die or enjoy freedom 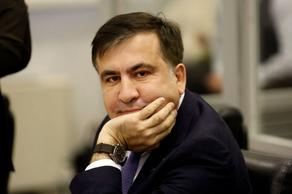 Ex-president Mikheil Saakashvili's lawyer Nika Gvaramia said that the former president is dead set against being transferred to the Gldani prison facility.

''Does not matter in what medical state I will be, I refuse to be transferred to the Gldani prison facility. I had better stay here until I die or enjoy freedom,'' Saakashvili's letter reads.

He declared a hunger strike 26 days ago.