Saakashvili says fake recordings against him are on the way 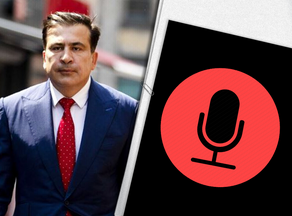 The third president of Georgia, Mikheil Saakashvili, has posted a video on his Facebook page.

In his words, he has a plan to reduce the spread of coronavirus without harming the economy.

Besides, he says that shortly, fake videos will appear to tarnish his image.