Sanctions imposed for damaging the symbols of partner countries

Sanctions imposed for damaging the symbols of partner countries 26 July, 2021  14:12 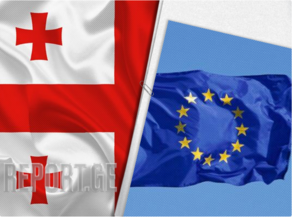 The Bureau of the Parliament discussed the legislative changes that impose sanctions on damaging the symbols of Georgia's partner countries.

According to the bill, violation of the official symbol of the European Union, the North Atlantic Treaty or international organizations, of which Georgia is a member, as well as the violation of the national symbol of the state, which Georgia has diplomatic relations with and which is erected or exhibited in public institutions in front of them or inside the building, will result in a fine of GEL 1 000. The amendments stipulate that committing the above-mentioned action again will result in a fine of GEL 2 000 for a natural person or administrative detention of a natural person for up to 15 days.