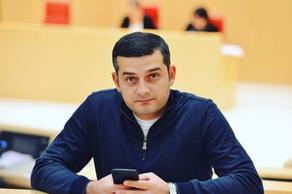 “All Georgian citizens are obliged to know Georgian,” stated Savalan Mirzoev, the Gardabani Municipality MP voted by majority. At the Parliament’s plenary session, he focused on the importance of knowing the Georgian language, especially for ethnic minorities.

“We should understand that knowing national language in a multinational country such as our Georgia is vital. By not knowing the national language, you distance yourself from social life, refuse to contribute to the country’s wellbeing, or engage in its political life. Fortunately, our government focused particular attention on teaching the national language to people. I, as an Azerbaijani man, faced some difficulties in learning the Georgian language; at present, this issue does not exist, with the state providing everyone wanting to master the language with maximum assistance; the corresponding projects having been implemented have produced commendable results. In Gardabani Municipality, the representative of which I am in the Parliament, the number of Azerbaijanis knowing Georgian has increased,” stated Savalan Mirzoev.