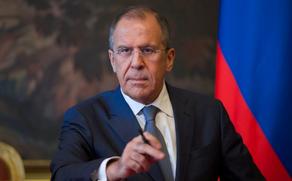 “I promise we will not start the war, but our relations with NATO and the countries that consider joining the organization as a priority, will be shattered”, said Sergey Lavrov, Russian Foreign Minister in his interview to Commersant.

On the question whether Russia brought the matter of Georgia joining NATO to a close by recognizing Abkhazia and South Ossetia as independent states, Lavrov responded that it was not Russia's goal.

The Russian Foreign Minister answered that Russia will not start the war on the question of the Commersant correspondent about what would happen if Georgia joined NATO without  Abkhazia and South Ossetia.