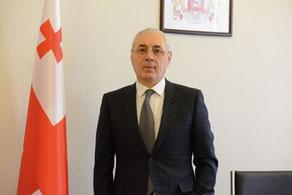 Shota Shalelashvili’s authority of MP has been terminated, with him planned to be replaced by Levan Mgaloblishvili in the Parliament of Georgia.

Member of Parliamentary majority Shota Shalelashvili addressed the Chairperson of the Parliament with the request of terminating his mandate of a deputy on Sept 10. Reportedly, Mr. Shalelashvili is returning to his business activities.