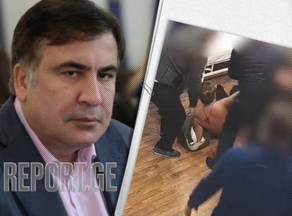 According to Justice Minister Rati Bregadze, accused ex-president Mikheil Saakashvili's rights were protected when he was transferred to Gldani No18 penitentiary establishment.

''The footage showing the employees talking to him for about 15 minutes very politely urging him to leave the vehicle was released. They were telling him that everything was done for him; however, he used offensive words against them repeatedly,'' the Justice Minister stressed.

According to the justice minister, the penitentiary institution employees used ''proportional force'' only. He pointed out that an investigation was underway, and investigators would determine everything.