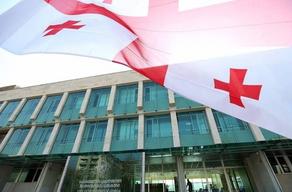 The State Security Service (SSS) has released a statement on an illegally detained Georgian national at the Georgia-Russia border, in the vicinity of the Roki tunnel.

"Co-chairmen of the Geneva International Discussions and international partners have been notified of the occurrence.

Illegal detentions by the occupation regime do substantial harm to the breakaway regions and compromise the safety of those along the occupation line. Illegal detentions aim to intimidate locals, trigger tensions and spark protests in the territory controlled by the central government of Georgia. The Russian Federation as the only force exercising effective control over the occupied regions shall be held fully accountable for illegal detentions and their grave consequences," the statement reads.