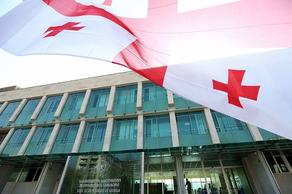 The State Security Committee of the so-called South Ossetia has accused the Georgian party of opening fire.

" On November 5, at around 18:00, unspecified individuals fired an automatic firearm 10-15 times from the populated areas of the village of Kobi in Khashuri region, where additional police forces are deployed, with the shots being fired in the direction of the state border of the Republic of South Ossetia. No one has been injured; neither the border infrastructure has been damaged," reads the statement by The State Security Committee of the so-called South Ossetia.

As the State Security Service has informed Report.ge, this is just another misinformation.

"This is another misinformation and a provocative statement which does not correspond to the truth," the State Security Service says.