Stoltenberg says Georgia has succeeded in subduing the pandemic

Stoltenberg says Georgia has succeeded in subduing the pandemic 27 March, 2020  19:36 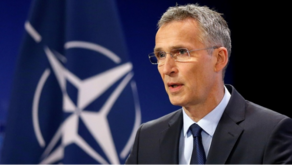 On the initiative of Secretary-General of NATO Jens Stoltenberg, a telephone conversation has been held between him and Georgian Foreign Minister Davit Zalkaliani.

Stoltenberg reportedly informed the Minister on the planned changes concerning the 3 and 4 April Meetings of NATO Ministers of Foreign Affairs, mentioned that Georgia has so far succeeded in subduing coronavirus outbreak and expressed hope that nothing will change in the future.

The Georgian Minister, on his part, informed the Secretary-General of the already taken measures by the Georgian government. Stoltenberg underscored that NATO expresses its solidarity with the Georgian people in these trying times.