Talakvadze: the country, society and the government to win 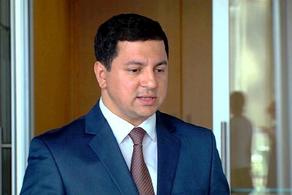 The Chairman of Georgian Parliament, Archil Talakvadze, assessed the agreement between the Georgian Dream and opposition as a result of a responsible and democratic act of the government. He has commented to journalists after signing the memorandum.

Talakvadze says that in 2018, for the first time in the history of Georgian politics, the government decided to conduct a more democratic proportional election in 2024. The agreement achieved today is a transition stage to the election of 2024.