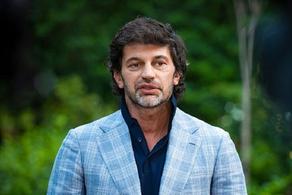 ''Georgia has no political prisoners, and Nika Melia can leave prison today after he posts the bail,'' Tbilisi Mayor Kakha Kaladze told journalists.

In Kaladze's words, the fact that the agreement between the conflicting political parties has been reached is critical.

''I have always called upon everybody to sign the agreement. Political compromises are crucial, and I am glad the agreement has been concluded,'' Kaladze stressed.