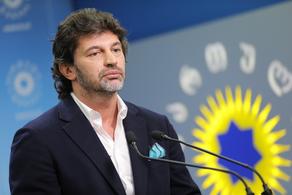 In his words, he refused to re-count international partners and to review video footage as well.

Kaladze says this method rules out speculations regarding the so-called ‘carousels.’

In his words, nobody should forget that the voters of the opposition and Georgian Dream should be respected.

‘’In the harsh conditions caused by the pandemic, about two million voters expressed their will. About million people voted in favor of the Georgian Dream Party,’’ Kaladze said and thanked the voters.

“We hope the opposition’s radical position will change, and the dialogue will provide positive results for the country,’’ he concluded.