The US Embassy: We are once again disappointed 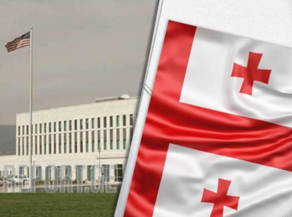 "The U.S. Embassy is disappointed that, once again, Parliament is moving forward with Supreme Court appointments before it has completed an independent assessment of the previous waves of judicial reform, as Parliament's leaders agreed to do," the statement by the U.S. Embassy in Georgia reads.

"We are also concerned that judicial appointments are proceeding without the participation of non-judge members of the High Council of Justice. While the High Council and Parliament have rushed through the appointment of judges over the past year, there has been no action on non-judge appointments despite the positions being vacant for months. The people of Georgia, through the non-judge High Council members, are supposed to have a voice in the selection of these influential and important judges, who are being appointed to lifetime positions on the Supreme Court. The exclusion of independent voices from this process adds to the impression that Supreme Court judicial appointments are being made without meaningful transparency, accountability, or impartiality.

Before any further Supreme Court judges are appointed, we strongly encourage Parliament to prioritize the appointment of impartial, independent, non-judge members to the High Council of Justice and complete an independent assessment of the previous waves of reform by Spring 2022. Important work has been done since independence to strengthen Georgia's judicial branch, with the assistance of the United States and others. Georgia's closest partners and supporters, as well as Georgia's political leaders, are united in agreeing that judicial reform needs to continue. The goal now must be to build an impartial, transparent, merit-based judicial system that the people of Georgia can have full confidence in and that allows the full participation of the many qualified, ethical judges and lawyers who work with integrity to promote the rule of law," the embassy states.