They are repeatedly asking when I am returning to Georgia: Saakashvili

They are repeatedly asking when I am returning to Georgia: Saakashvili 7 September, 2020  22:14 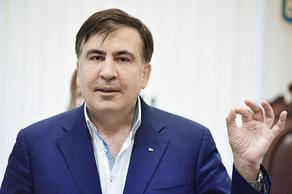 Mikheil Saakashvili, the prime minister-designate of the United National Movement and The Strength in Unity Alliance, says that he will return to Georgia when this does not cause confrontation.

"They are repeatedly asking when I am returning to Georgia. I will return when this does not stir up conflicts and disturbances. Peace is paramount. Power changed hands here once peacefully, and now I do not intend to come into power forcefully. However, you all agree that Georgia should be rescued. Together we will manage this," Saakashvili declared.

On 27 August, Saakashvili offered his apologies to the Georgian people and said that he is returning to his homeland.

On 7 September, the united opposition nominated him as a candidate for the prime minister's post.