'This clown of Ivanishvili is a candidate for prime minister again': Bokeria 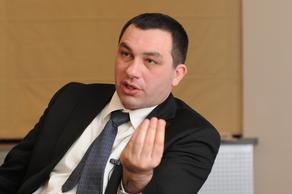 Giga Bokeria, a leader of the European Georgia party and the majority candidate of Poti, Khobi, and Senaki, said that Ivanishvili has attempted to mold a successful manager from PM Gakharia, but all his efforts have so far proved fruitless.

"This clown of Ivanishvili is a candidate for prime minister again, but he has not been involved in one single solitary debate. Both Gakharia and his boss, who is an actual ruler of the country, have refused to participate in all debates. As a matter of fact, the UNM and its candidate for prime minister Saakashvili have also said no to debates. Vashadze has also followed their example. European Georgia party and its all leaders are, however, ready for debates," Bokeria declared.