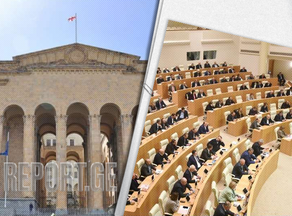 Three new MPs have been added to replace the expelled members of the Parliament.

According to the Georgian Dream party's electoral list, Irakli Sesiashvili and Mariam Kvrivishvili, who passed from the Parliament to the executive branch, was replaced by Gela Samkharauli and Khatuna Kvitsiani.

A majority of votes recognized the powers of all three deputies.