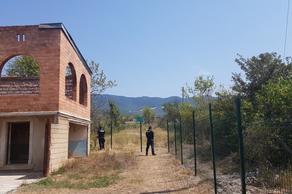 In the village of Gugutiantkari, the Gori Municipality, controlled by the Georgian Government, de facto Tskhinvali has illegally installed border fences.