Two committees may no longer exist in Parliament 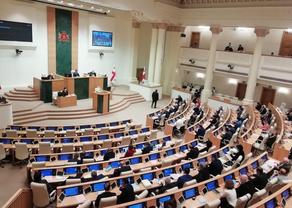 Two committees in parliament, the Agrarian Issues and Diaspora and Caucasus Affairs Committees, may no longer exist, and the number will reduce from 15 to 13. The draft amendments to the regulations mention the information.

Cultural and diaspora issues will unite with the Sports and Youth Issues Committee. Therefore, the Education, Science, and Culture Committee will change to the Education and Science Committee.

Also, the amendment will take place regarding the Article 34 of the Rules of Procedure, which stipulates that a Member of Parliament who is a member of two committees will not be considered missing for an unreasonable reason if meetings take place on the same day.

The initiators of the legislative changes package are the members of the parliamentary majority: Irakli Kobakhidze, Giorgi Kakhiani, and Guram Macharashvili. According to them, the number of officials of the faction is changing as well as the number of members.

When creating a faction, the faction members will only draft the charter of the faction, and the need to develop a political platform will no longer exist.

Instead of 6 members of parliament, seven members will be needed to form a faction in the legislature.