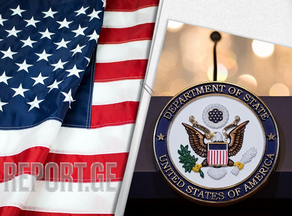 The statement by the U.S. Department of State published prior to the NATO Foreign Ministers meeting in Riga says that the US reaffirms its readiness to support Georgia's and Ukraine's accession to NATO.

''The United States continues to support NATO’s decision in the 2008 Bucharest Summit Declaration, reaffirmed ever since, including in the June 2021 Brussels Summit, that Georgia and Ukraine will become NATO members. These countries’ Annual National Programs (ANP) detail their path to membership.

Already, both Georgia and Ukraine are members of the Enhanced Opportunities Partnership (EOP), which elevates their interoperability and training opportunities alongside NATO Allies,'' reads the statement.

They stress in the statement that their allegiance to the Open Door policy is still in place.

''NATO leaders are committed to NATO’s Open Door Policy, which provides a path to membership for any European country that shares our values and meets the necessary responsibilities and obligations. At the NATO Summit in June, we reaffirmed our unity on this,'' the statement reads.